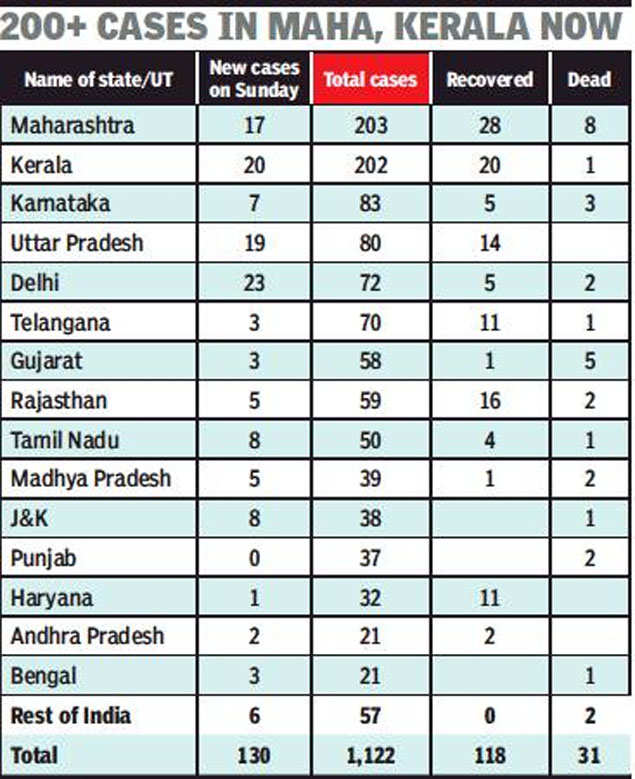 There have been 27 deaths from Corona virus in the country while the number of victims has risen to 1024. According to the Sunday Health Report, the wrath of the Corona virus has spread to 27 states and centrally administered areas of the country and till now. 1024 cases have been confirmed. They include 48 citizens from overseas. 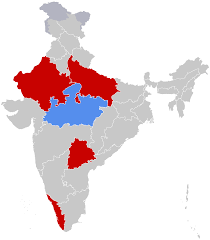 Corona virus infection has so far killed 27 people nationwide and recovered 96. Kerala, Maharashtra, Karnataka, Telangana, Gujarat, Rajasthan, Uttar Pradesh and Delhi have reported the highest number of infections so far. Six from Corona epidemic in Maharashtra, four in Gujarat, three in Karnataka, two in Delhi, two in Madhya Pradesh. Two, one each has been killed in Kerala, Bihar, Punjab, Himachal Pradesh, Telangana, Jammu and Kashmir, Tamil Nadu and West Bengal.

The government has constituted 11 empowered groups under the Comprehensive and Integrated Plan to tackle the fast-growing Corona virus in Luck. According to government sources, these groups have been formed under the Disaster Management Act. These groups will have the right to take all necessary steps to plan and implement them in a timely manner. For better coordination, each of these groups will include a senior officer of the Prime Minister's Office and Cabinet Secretariat.

New Delhi. Under the comprehensive and coordinated plan to tackle the corona virus that is spreading rapidly in the country, the government has formed 11 empowered groups. According to official sources, the Prime Minister's Office and the Interior Ministry have formed these groups under the Disaster Management Act. These groups will have the right to take all necessary steps to plan and implement them on time. For better coordination, each of these groups will include a senior officer in the Prime Minister's Office and a Cabinet Secretariat.

According to sources, nine of these groups will be the president's secretary-level officers, while the president of one is Niti Aayog's executive chairman and another will be a member of Niti Aayog's president. The Empowered Group may seek advice and guidance from the Cabinet Secretary if necessary.