Birds are the best engineers 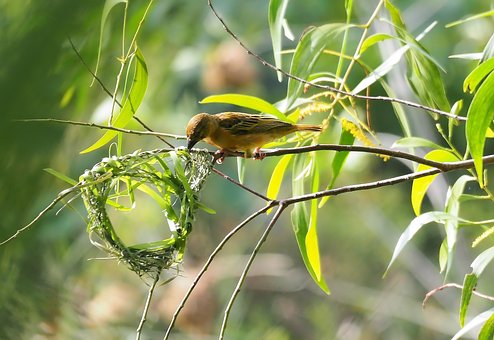 The term “bird’s nest” has come to describe a messy hairdo, tangled fishing line and other unspeakably knotty conundrums. But that does birds an injustice. Their tiny brains produce marvels that have long captured scientific interest as naturally selected engineering solutions.
One effort to disentangle the structural dynamics of the nest is underway in the lab of Hunter King, an experimental soft-matter physicist at the University of Akron in Ohio.

“We hypothesise that a bird nest might effectively be a disordered stick bomb, with just enough stored energy to keep it rigid,” King said.
King and his colleagues seek to answer simple questions: What is the underlying mechanical principle behind the bird nest’s construction strategy? What are the statistically robust characteristics of “the nest state”? That is to say, what separates a nest from the same sticks and twigs collected into a tight bundle or scattered helter-skelter?


For the study, King chose the cardinal. As King and his collaborators wrote in the proposal: “When a cardinal builds her iconic cup-nest, she uses her own body as template and molds twigs, grass strands, and bark strips into a structure that, despite its softness, reliably holds its shape against mechanical perturbations.”


King has explored how the materials in the artificial nest pack together, and how the ensemble absorbs energy. So far, they observed what King called “a steady state hysteresis caused by reversible slippage.”
It describes how a physical system behaves differently depending on what was done to it previously. Hang two 1-pound weights from a rubber band, then remove one. With only one weight remaining, the band will be still stretched farther. That is hysteresis. 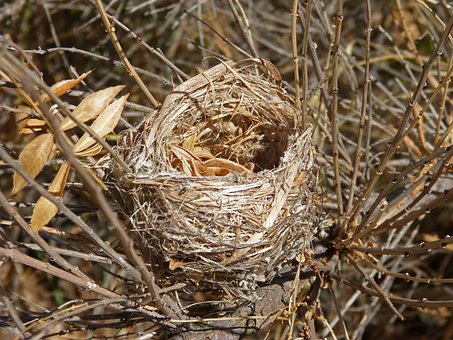 Something similar happened with the “nests”. The sticks were slowly compressed to maximum stress, and then released, repeatedly. During each cycle, the sticks compressed a little more and then bounced back, but only partway; this was hysteresis. Eventually, for any given skinniness of stick, the system founds its maximum, or steady state, density.